Are you trying to cut processed sugars from your diet? It is widely understood now that sugar, particularly processed forms i.e. white or brown sugar, contribute to a range of health issues like tooth decay, heart disease and obesity.

As awareness for this continues to increase, so too has the media hype and the view that all sugar should be avoided. There are many natural sweeteners that provide great alternatives to processed sugars which can be easily substituted into your baking & cooking. We have selected some of our favourites for you to learn about. 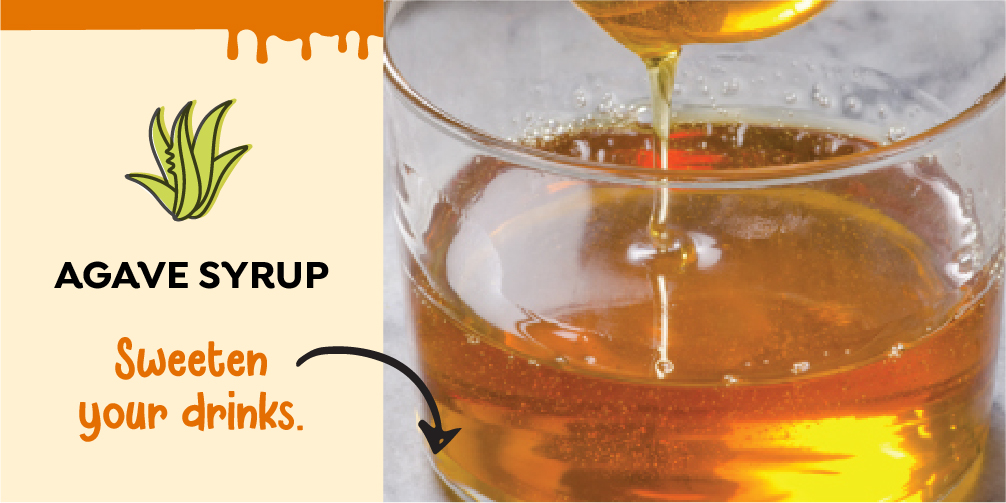 This delicious syrup is produced from Mexico's Blue Agave cactus plant. It has been extracted by hand from its pineapple shaped core, the flower shoot cut out and the sap collected. Owing to agave syrup's popularity is the fact that it has a low GI (30) and is 1.4 times sweeter than other natural sweeteners. Raw food enthusiasts love it as well because it's not heat treated above 45 degrees during processing! Shop Organic Agave Syrup >>

Although it is a great substitute for sugar, Agave Syrup is sweeter than sugar and doesn't follow the 1:1 ratio so you will need to do a taste test during your cooking (what a shame..!). 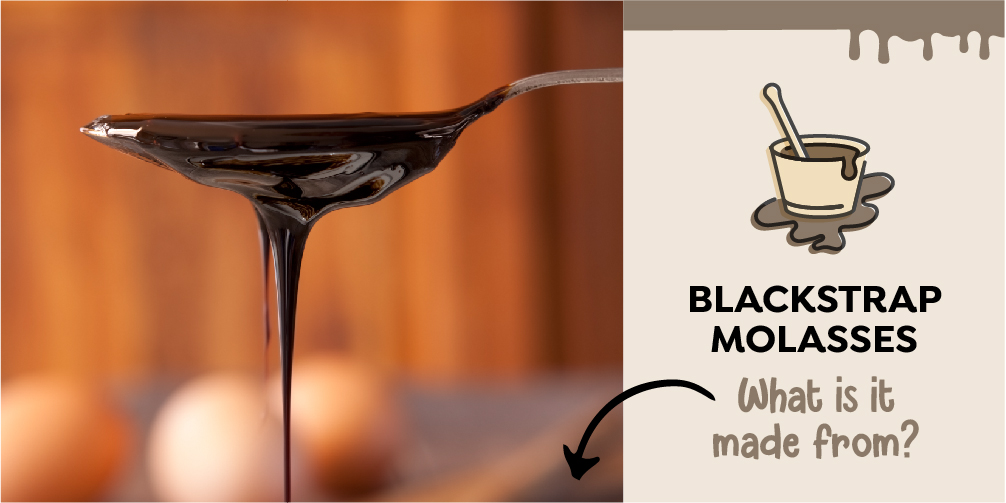 Blackstrap molasses is a thick, dark, strong flavoured syrup made from the extraction process of sugar cane juice. It has a rich, full-bodied robust flavour which gives natural caramel colour and tones when baking. Unlike processed sugar, molasses is extremely rich in the vitamin inositol, B Vitamins, copper, phosphorus, calcium, iron and potassium. The darker the colour the richer the nutrients! Shop Organic Blackstrap Molasses >>

Blackstrap Molasses is popular in baking biscuits, breads, in sauces, marinades or as a flavour enhancer. If you're substituting this for a recipe that calls for sugar, remember you will be adding liquid so you may need to remove a little liquid elsewhere.

This delicious syrup is derived from the sap of the flowers of the coconut palm.
Similar to maple, the flower is tapped to release the sap. Then, the sap is gently heated over low temperatures, yielding a delightfully concentrated syrup. Surprisingly, coconut syrup doesn’t taste anything like coconuts, which makes it a super versatile ingredient for baking, cooking, and drizzling.  Shop Coconut Syrup >>

Coconut syrup has a unique, earthy sweetness, that is often compared to a very light maple syrup, combined with a little bit of molasses. Coconut syrup is an ideal binder for homemade granola and as a natural sweetener in baked goods. It is also wonderful drizzled over pancakes, ice cream, waffles, or porridge. 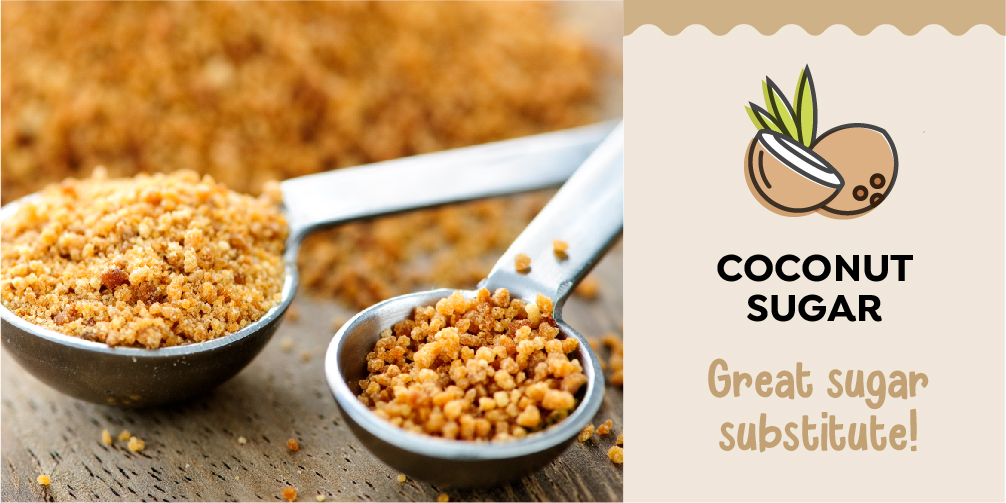 This is a great sweetener alternative made from 'tapping' the stems of the coconut palm, extracting the sap and dehydrating it at very low temperatures. It is minimally processed ensuring it retains its naturally high mineral and nutrient content. It has a great toffee-like flavour & colour and is considered low GI so provides a slow energy release for your body. It's rich in minerals & amino acids, making it an excellent alternative to cane sugar. It has also been reported as the single most sustainable sweetener in the world by The Food and Agriculture Organization (FAO) of the United Nations. It uses less than 1/5th of the soil nutrients and water than sugar cane for production and produces an average of 50-75% more sugar per acre.  Shop Organic Coconut Sugar >>

Coconut Sugar can be substituted for other granulated sugars at 1:1 in baking and is the perfect substitute for brown sugar. It can also be used in place of honey or agave in recipes, desserts, coffee and tea. 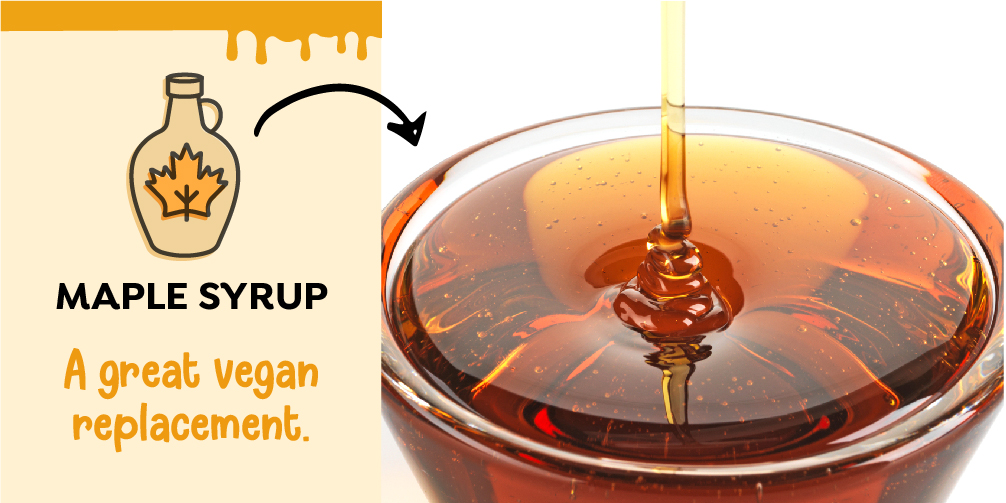 This classic pancake topping is so versatile! Pure maple syrup is made from the sap of the maple tree, which is boiled to evaporate the water and produce a syrup with the characteristic flavour and colour we all know and love! It contains less fructose than other sweeteners like agave and more iron, calcium, zinc, manganese and potassium than honey. Shop Organic Pure Maple Syrup >>

Pure Maple Syrup is endlessly versatile - a great substitute in baking, savoury dishes & sauces but remember you may need to remove a little liquid elsewhere in recipes to ensure the dry to wet ingredient ratio is correct. 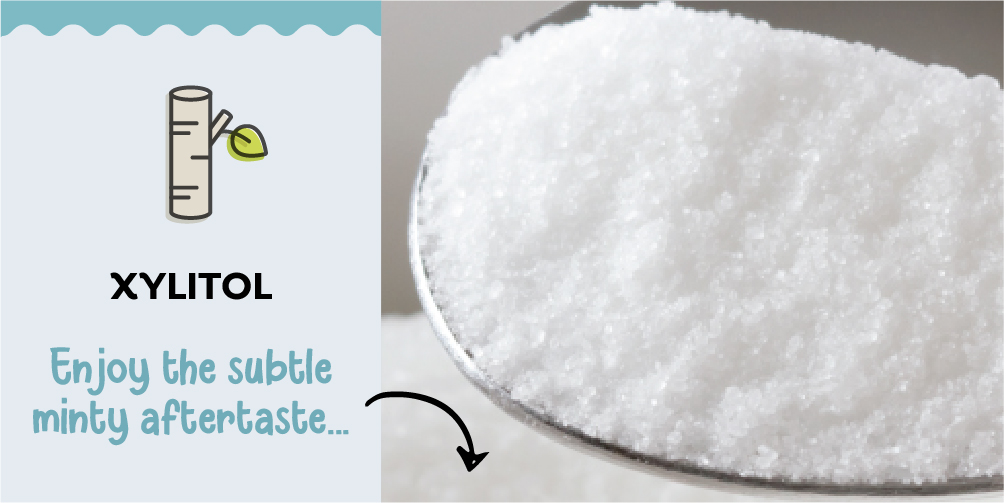 Xylitol is a natural sweetener that is produced from hardwood sources, mainly Birch and Beech. It is a lower kilojoule sugar substitute (40% fewer kilojoules than sugar) and also has a low GI (7). It is a good option for those with diabetes, as xylitol is metabolised slowly by the body and doesn't cause the 'sugar spike' that may be experienced with other sugar products, leading to a subsequent drop in blood sugar and a craving for more sweetness. Shop Organic Xylitol >>

As a sugar substitute, Xylitol is great when cooking baked treats and can be measured 1:1, as 1/2 cup sugar equals 1/2 cup Xylitol. There are also subtle differences between Xylitol and sugar when cooking or baking, Xylitol absorbs moisture heavily and won’t help you like sugar does when trying to get something to raise using yeast.

At Honest to Goodness, we work hard to find people as committed to offering up good quality, nutr...
Protein helps you stay fuller for longer and is essential for muscles growth and recovery. Contra...
Are you trying to cut processed sugars from your diet? It is widely understood now that sugar, p...
Planning a festive feast? Find inspiration with this list of 21 scrumptious holiday recipes that...
In recent times, there's a rising backlash globally against 'Black Friday' sales by people concer...